The theme on “Pollution Reduction, Reduction in Carbon Dioxide Emission and Efficiency Enhancement in Electroplating Industry under the background of Peak Carbon Dioxide Emissions and Carbon Neutrality” was shared during the training conference, which introduced the development directions of green enterprises and green industrial parks under the situation of "peak carbon dioxide emissions and carbon neutrality" from the policy background and the current situation of electroplating industrial wastewater treatment. Having considered the actual situation of the Park, specific implementation directions and technical reform plans in relation to pollution reduction and reduction in carbon dioxide emission for the electroplating industry was proposed and was well received by the representatives of the enterprises attending the conference. Membership award ceremony for 30 new enterprises was also held during the conference. 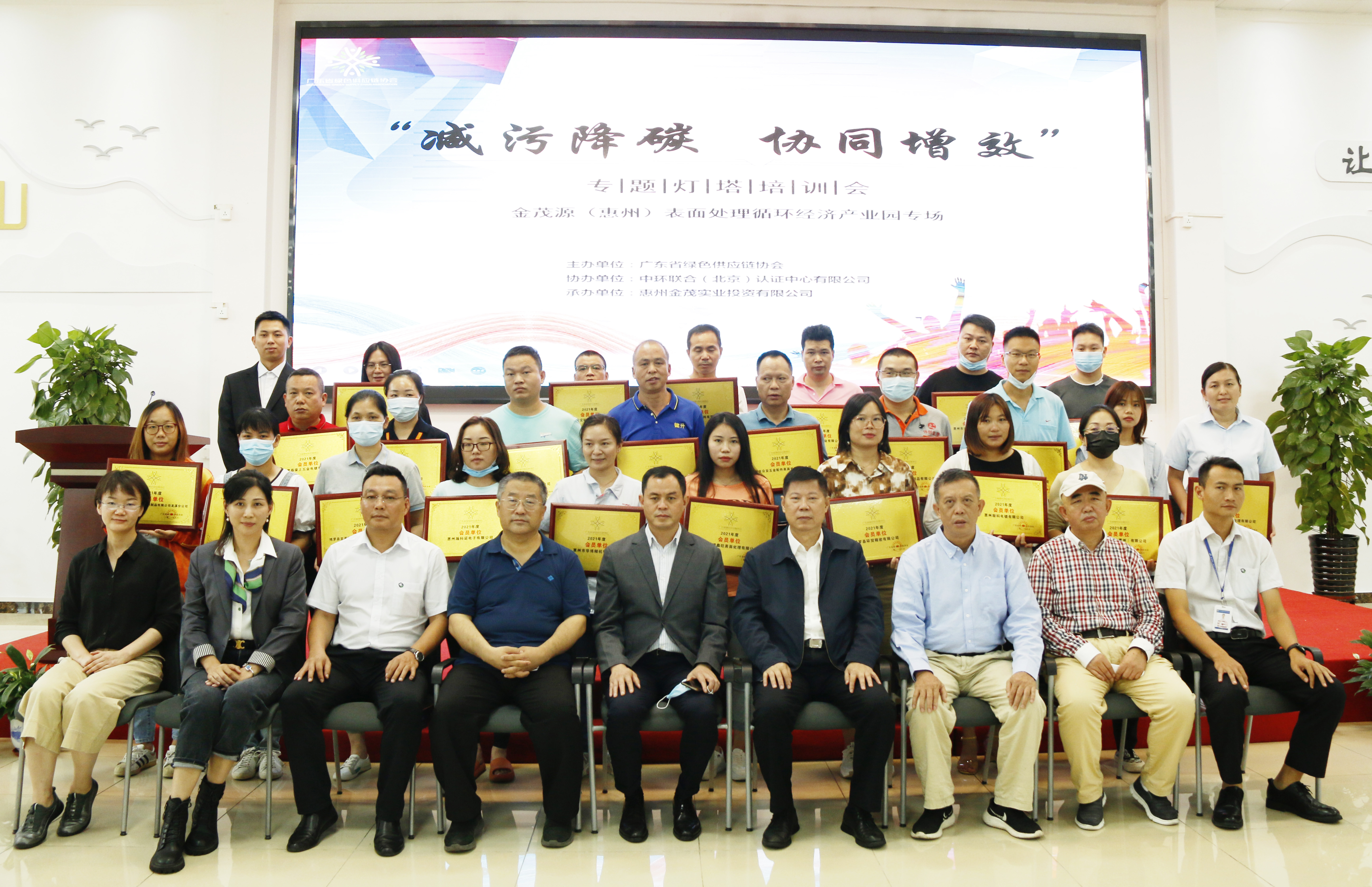