On 13 May, a groundbreaking ceremony was held for the Phase 1 of Kimou (Southwest Qingshen) Surface Treatment Recycling Economy Industrial Park Project (hereinafter referred to as Qingshen Park). Liu Jinzhao, the Secretary of Qingshen County Party Committee of Meishan City, and Zhang Lianghong, the Executive Director and Chairman of the Board of Directors of Kimou Environmental Group, attended the ceremony and delivered speeches, with more than two hundred guests attending the ceremony, including Qiu Lei, the deputy secretary of Qingshen County Party Committee and county magistrate, and other officials at all levels of the government of Qingshen County, Zhu Heping, Lee Yuk Kong and Huang Shaobo, the executive directors of Kimou Environmental Group, representatives of the Group’s headquarters and various parks and representatives of interested enterprises. 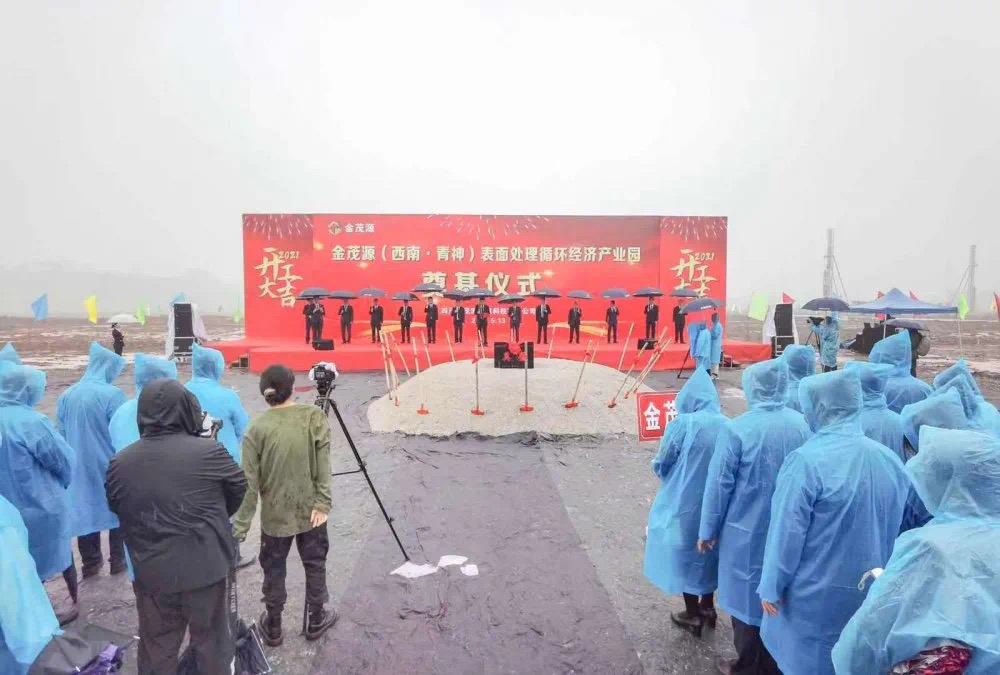 In his speech, Zhang Lianghong, the Chairman, first expressed his sincere gratitude to the municipal government of Meishan City, the county government of Qingshen County and leaders at all levels for their support, and pointed out that Qingshen Park is the fourth park prepared for construction by Kimou Environmental Group, which will continue to adhere to the concept of green and low-carbon cycle development, promote project construction with high quality and efficiency based on the Group's experience in construction and operation over a decade, build a comprehensive surface treatment demonstration park to fill the blank of large surface treatment parks in southwest China, and become an influential and leading surface treatment industry cluster to drive the upstream and downstream development and make due contribution to the economic development and environmental protection of Meishan City and Qingshen County.

At the groundbreaking ceremony, Liu Jinzhao, the Secretary, delivered a speech. He emphasized that Kimou (Southwest Qingshen) Surface Treatment Recycling Economy Industrial Park, was a major project integrating Qingshen into a new development pattern, constructing a two-city economic circle about the Chengdu-Chongqing region and facilitating the urban integration of Chengde and Meizi. It is also said to be an environment-friendly project which could make extension and replenishment of the chain, increasing people’s wealth and thus strengthening the county. The implementation of the project gives Qingshen new support for the construction of a national special enclave encompassing manufacturing industries as regards advanced machinery. With ensuring quality and safety as the priorities, it is a race against time to turn the project into a green recycling industrial park with the highest national standards so as to provide quality services for the industries clustered in the region.

Afterwards, Zhu Heping, the Chief Executive Officer, delivered a speech at the investment promotion conference for the Phase 1 of the project. He said that the industrial park in Qingshen would adhere to the principles of comprehensive planning and high-standard construction when accelerating the construction of a surface treatment industrial park which could reflects environment protection, energy saving, emission reduction, recycling economy and sustainability and building an economic and industrial chain for environment protection and recycling, such that substantial development room could be created for enterprises, upgrade on environment protection could be jointly promoted for the surface treatment industry and collective, diversified and strategic development of the surface treatment industry could be facilitated in Sichuan.

Zhou Xiaoyong, the General Manager of Qingshen Park, gave a detailed introduction of the factory in the Park, environmental protection policies, industry entry requirements and Phase 1 investment promotion terms. He expressed that the construction of the Phase 1 of the Qingshen Park had been started, and the standard workshop, wastewater treatment center, underground integrated pipelines, water, electricity and gas systems and public auxiliary supporting projects would be carried out in an orderly manner. He sincerely welcomed more companies to learn about Qingshen Park and settle in Qingshen Park for promoting healthy development, and creating a better future.

Kimou (Southwest Qingshen) Surface Treatment Recycling Economy Industrial Park is a key project introduced by Meishan Municipal Government, with the focus on the "3135" modern industry development. The project is committed to building a new environmental protection electroplating industrial park integrating "clean production, energy saving and emission reduction", "centralized construction, centralized pollution control and centralized management". The project plans to invest approximately US$2 billion, with a planned area of about 750,000 square meters, and an electroplating wastewater treatment capacity of about 20,000 tons/day. 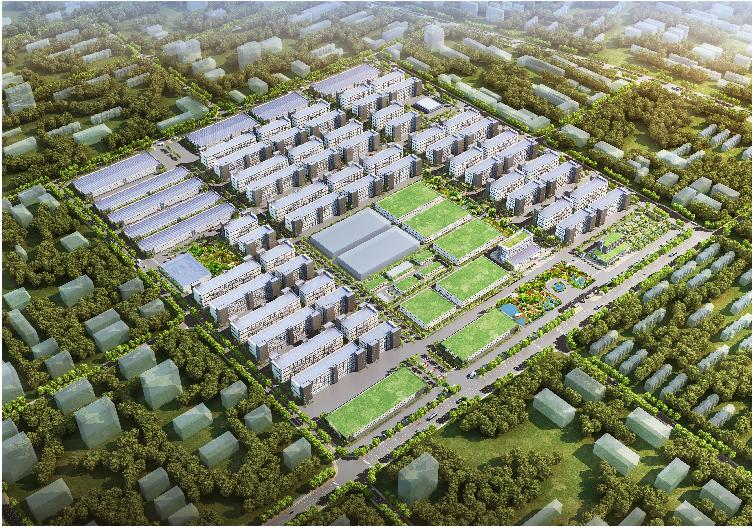